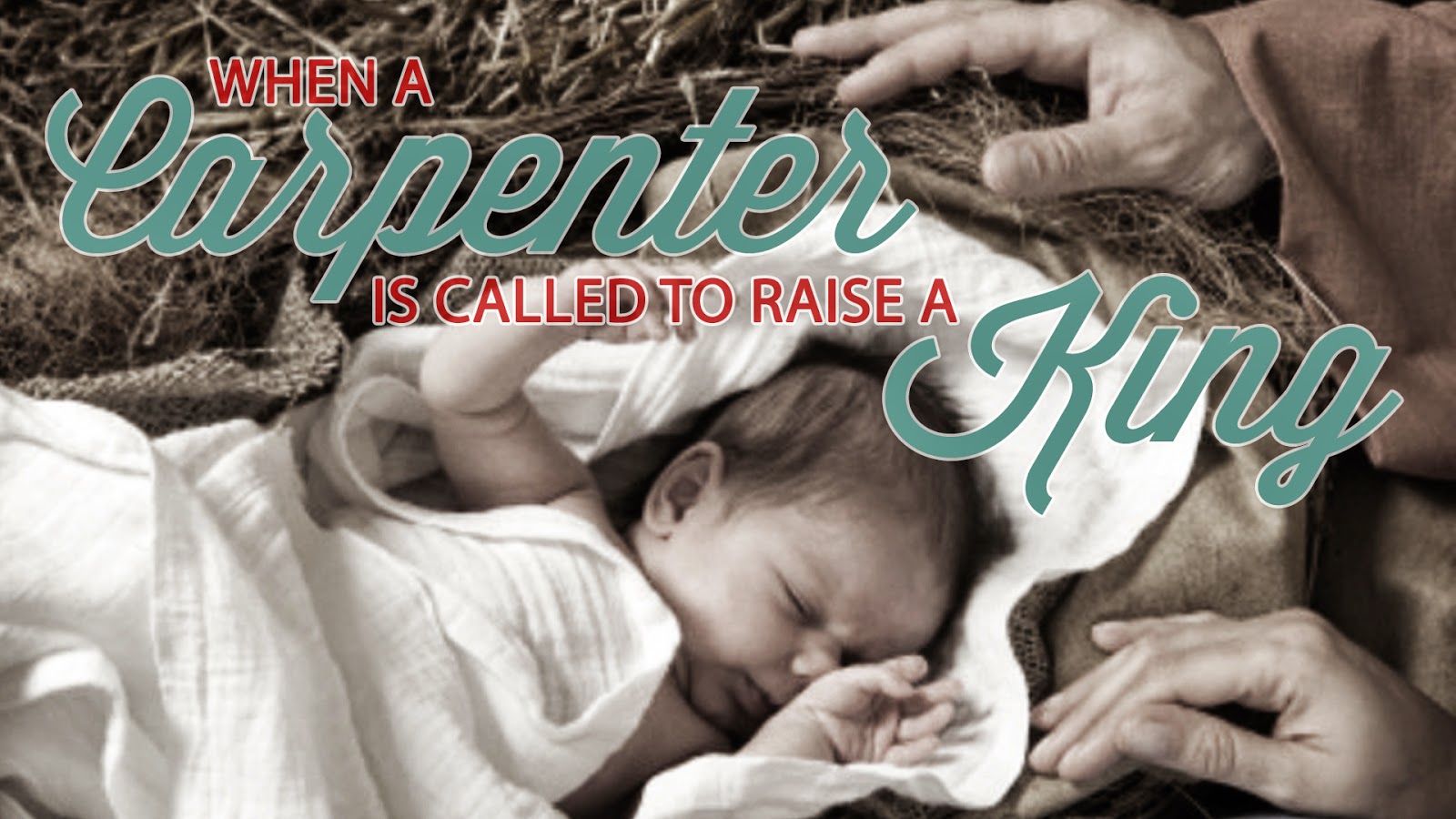 I was hurt, betrayed and angry.  Mary, my betrothed, was pregnant and it was not my child.  And then she made an elaborate story about an angel and she said that the child growing inside her was the Son of the Most High God.  It was insulting.  As angry as I was, I didn’t want to bring more shame upon her and I decided to end things quietly.  But then an angel came to me and confirmed everything Mary had said.

How does a man treat the woman carrying the Son of God?  I’m just a carpenter.  I couldn’t afford to give her everything she deserved.  All I could do was provide a dry house (most of the year), and work hard to provide for her basic needs.  I still cannot fathom why God would tell me to marry her.  But He did, and I obeyed.

I did everything I could to make Mary comfortable and she never complained or asked for anything.  In the midst of morning sickness, sleepless nights, and being the center of gossip, Mary never forgot how blessed she was.  She never forgot how special her child was.

As Mary’s stomach stretched, it started becoming real to me.  I was responsible for raising the Son of God.  Wouldn’t a rabbi or a scholar of the Torah be a better option?  How would I ensure he learned everything he needed?  I did my best to hide my worries from Mary.  She had enough to deal with without adding a frantic husband to the mix.

Mary was getting more uncomfortable every day, when Caesar Augustus decreed that a census be taken, and I had to travel to Bethlehem.  I was taking her away from her mother, and any woman she knew that could help her deliver a baby.  I was taking her on a dangerous road, with risks of attack – both human and animal – and robbery.  Not to mention that the stress of the trip could cause her to go into labour at any time.

We finally arrived in Bethlehem.  I completed the census and we looked for a place to stay.  Mary was becoming more and more uncomfortable.  She tried so hard not to complain, but a woman in labour does not easily remain quiet.

So many people had come for the census that there were no vacancies anywhere!  Finally an innkeeper offered us his stable for the night.  A stable is far from what I imagined but it was dry and Mary could rest.

Jesus was born that night.  Mary had told me about childbirth on our journey in anticipation of us not finding a midwife.  I had never seen a child born before.  It was long, messy, loud and disgusting, yet somehow beautiful.

I had been expecting a King.  Yet I held a tiny, fragile, helpless infant.  A baby who interrupted our sleep and demanded to be fed and changed.  A simple, beautiful, perfect baby boy.  He was not a king.  He was not born with a crown on his head.  The only miracle was that of birth.  He was completely human.  Yet I knew, when I looked at him, that he really was the son of the Most High God.  And I was given the honour of being a part of his life.

I still do not know how to raise a king.  I will honour his mother.  I will pray for wisdom, and I will teach him what I know.  I will raise the creator of the universe as a carpenter.

Heidi Eastman lives in Neustadt with her husband, two daughters, and a beast of a dog. She has been an active part of the HMC congregation from the moment she was old enough to contribute. You can find her over at her own blog, My Sister Told Me To Start A Blog.