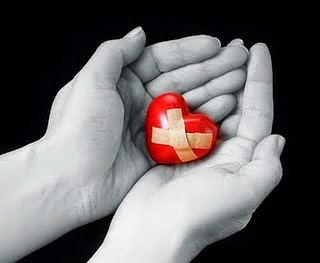 The sermon on Sunday was about King David’s messed up family.  (You can watch a YouTube video of the sermon here.)  It reads like a soup opera or a talk show –  so much drama and so much sin.  I have found that sin always leads to drama one way or another!  It may strike a chord with the world, but is it relevant to us church going folks?  Incest or any form of sexual abuse is something we would hope God would protect us from, especially in our Christian circles.  But my heart can’t help hurting for Tamar who experienced such horrible things because of her brothers sin.    Despite my church going status, God has brought  many people into my life who have experienced the damage of being wronged in this way.  It appears that being a Christian does not grant you immunity from being harmed by others who choose to do the unthinkable.   I have to be honest: this has torn my heart apart and caused me to doubt God’s goodness and faithfulness.

What is God doing about this heinous problem – where is He?

This year my doubt met it’s match when I took The Wounded Heart program.  The Wounded Heart is offered by our church for victims of childhood sexual abuse.  I had felt that God was prompting me to take it for a number of years now.  However, my abuse was pretty minor compared to what Tamar and many of my friends had endured and was not inflicted by a family member, so I did not think the abuse was effecting me.  But God still kept whispering whenever I would hear it promoted.  Finally, this year I signed up for The Wounded Heart and I went.  It has been the most life-changing thing ever!  My doubt and pain has been met head-on by the Creator of the Universe and the lover of my messed up soul.

Before I took The Wounded Heart, I was single-handedly trying to wrangle all the crazy emotions that are a natural result of being wronged in such a deep way.  I felt overwhelmed and condemned for having such strong and dark feelings and, because I was ashamed, I buried them.

Now if you asked me about how I was coping, I would proudly tell you how I was learning to live above my feelings. I would probably even offer to teach you how to do it too.  But really it was just a way of saying I was in denial.

Denial is not healthy and oh how I know that now!  The fall-out of 30 odd years of denial was far worse than the damage done by the initial abuse.  If only  I had immediately brought my pain and brokenness to God and trusted Him with it instead of trying to pretend it did not bother me and I was fine!  But I listened to Satan when he whispered in my ear that I was weak for feeling such emotions and God wanted me to buck up and just get over it.  I felt like I was an object of condemnation and I did not deserve to be blessed or happy anymore.  I was mad at myself for feeling and so I tried to teach myself how to ignore my feelings.  Emotions were seen as invalid or maybe even sinful.

God was longing to wrap me in His arms and comfort me as only He can but I couldn’t go to Him because I thought I needed to fix this myself.   So as the years went by my doubt and frustration with God grew – although I did not admit this to anyone.  I was desperately trying to fix this hurt deep in my soul and the method I picked was trying to be a good Christian girl.  I decided that if I could just be perfect maybe whatever was wrong with me would go away.   If I could just please everyone in my life maybe then the depression and despair I lived with on a daily basis would finally disappear. You don’t need to be a rocket scientist to see this was not a great solution.  But I was so messed up inside at this point that I was not seeing things clearly.   God wanted to comfort me and bring healing but the lies I was believing prevented me from  trusting Him and giving Him control.  I was shooting myself in the foot over and over but blaming God for my pain.

But then I finally listened to His gentle voice and took the Wounded Heart.  Through it I realized that it is not that God was not strong enough to heal me – I was preventing Him from doing so.   Through this group I was able to uncover some of the lies that had got me to such a horrible place.  I was able to see that God loves me and is not disappointed in me.   He was feeling compassion and fierce love for me when I was abused – not expecting me to forgive instantly and stop being so emotional about it all.  He wanted to hold me in His arms and soothe me and fill the hole that had been ripped in my soul.  I have value and I am a cherished child of the King.  He wants to bless me and I don’t have to endlessly make up for my deficiencies.  He accepts me now despite all the sin I ended up getting into by not trusting Him.  I do not have to be perfect before I can rest in Him and rejoice.   My healing process has started and I have hope that was completely missing from my life before.

I am now halfway through the Wounded Heart program and am looking forward to all the awesome things God is still going to do.   I can trust God to continue my healing as my brain gets a complete overhaul.  My mind needs to be renewed in a big way but I have a big God.  I have a faithful, good God who loves me and that changes everything!

I don’t know how to express my Thanks to all the leaders of Wounded Heart so I will just ask God to personally bless them in one of the many creative ways at His disposal.