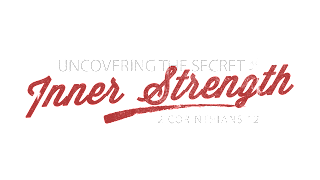 Those who rely on human confidence display the following:

Those who are confident in Christ display to following:

20 In fact, you even put up with anyone who enslaves you or exploits you or takes advantage of you or puts on airs or slaps you in the face. 21 To my shame I admit that we were too weak for that!
Whatever anyone else dares to boast about—I am speaking as a fool—I also dare to boast about. 22 Are they Hebrews? So am I. Are they Israelites? So am I. Are they Abraham’s descendants? So am I. 23 Are they servants of Christ? (I am out of my mind to talk like this.) I am more. I have worked much harder, been in prison more frequently, been flogged more severely, and been exposed to death again and again. 24 Five times I received from the Jews the forty lashes minus one. 25 Three times I was beaten with rods, once I was pelted with stones, three times I was shipwrecked, I spent a night and a day in the open sea, 26 I have been constantly on the move. I have been in danger from rivers, in danger from bandits, in danger from my fellow Jews, in danger from Gentiles; in danger in the city, in danger in the country, in danger at sea; and in danger from false believers. 27 I have labored and toiled and have often gone without sleep; I have known hunger and thirst and have often gone without food; I have been cold and naked. 28 Besides everything else, I face daily the pressure of my concern for all the churches. 29 Who is weak, and I do not feel weak? Who is led into sin, and I do not inwardly burn?
30 If I must boast, I will boast of the things that show my weakness. 31 The God and Father of the Lord Jesus, who is to be praised forever, knows that I am not lying. 32 In Damascus the governor under King Aretas had the city of the Damascenes guarded in order to arrest me. 33 But I was lowered in a basket from a window in the wall and slipped through his hands.

Paul’s Vision and His Thorn

12 I must go on boasting. Although there is nothing to be gained, I will go on to visions and revelations from the Lord. 2 I know a man in Christ who fourteen years ago was caught up to the third heaven. Whether it was in the body or out of the body I do not know—God knows. 3 And I know that this man—whether in the body or apart from the body I do not know, but God knows— 4 was caught up to paradise and heard inexpressible things, things that no one is permitted to tell. 5 I will boast about a man like that, but I will not boast about myself, except about my weaknesses. 6 Even if I should choose to boast, I would not be a fool, because I would be speaking the truth. But I refrain, so no one will think more of me than is warranted by what I do or say, 7 or because of these surpassingly great revelations. Therefore, in order to keep me from becoming conceited, I was given a thorn in my flesh, a messenger of Satan, to torment me. 8 Three times I pleaded with the Lord to take it away from me. 9 But he said to me, “My grace is sufficient for you, for my power is made perfect in weakness.” Therefore I will boast all the more gladly about my weaknesses, so that Christ’s power may rest on me. 10 That is why, for Christ’s sake, I delight in weaknesses, in insults, in hardships, in persecutions, in difficulties. For when I am weak, then I am strong.
New International Version (NIV) Holy Bible, New International Version®, NIV® Copyright ©1973, 1978, 1984, 2011 by Biblica, Inc.® Used by permission. All rights reserved worldwide.