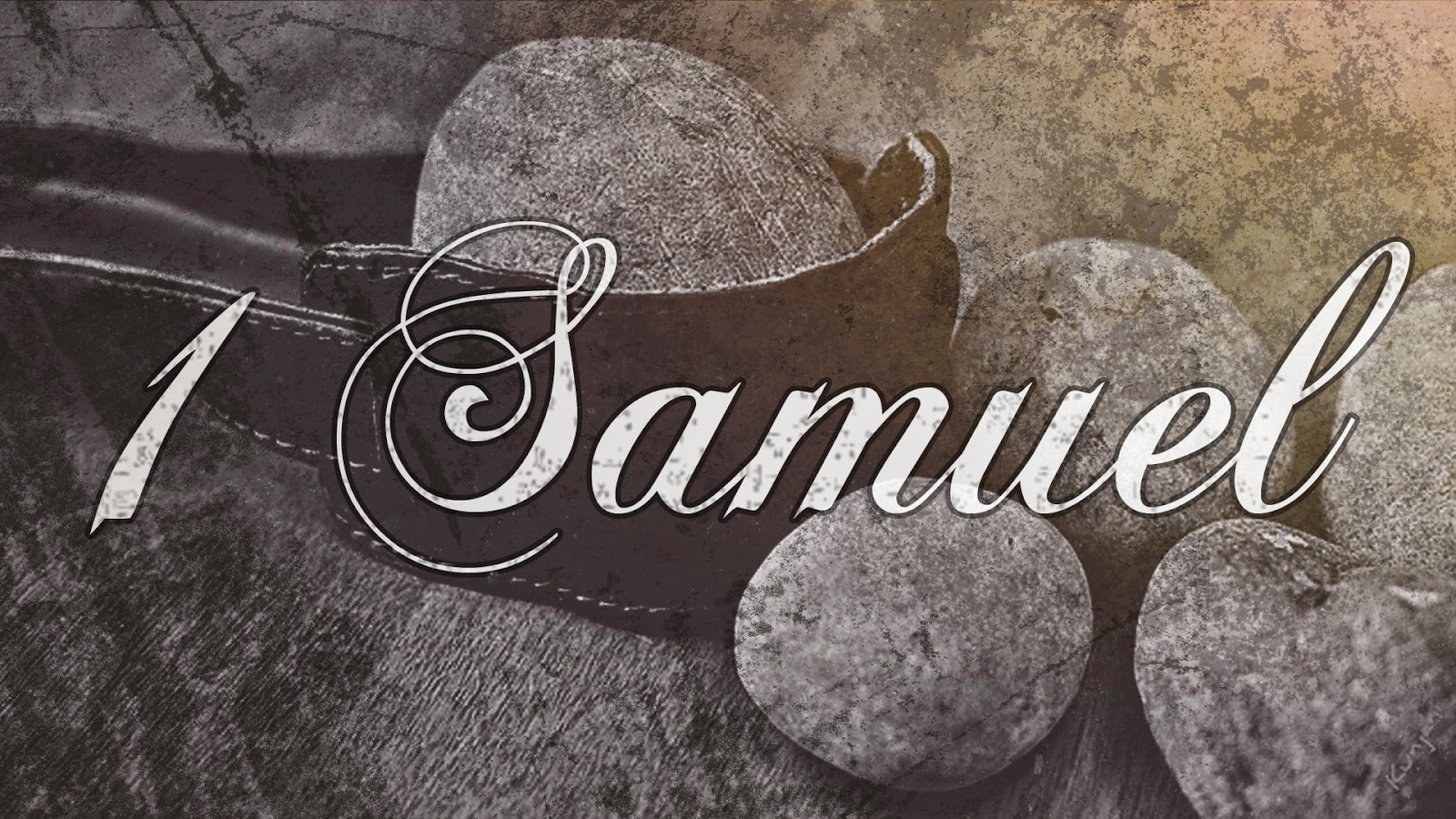 We are just about to dive into 1 Samuel which is exciting. I have always loved the stories in 1 and 2 Samuel.

In preparation for studying this book on Sunday morning,  I decided to dive in and read it through ahead of time, that way I can gather my own thoughts from the book and learn what the Lord is saying to me before hearing what He is saying to Jason (or the other speakers) in the same book.

Here are ten things that stand out to me in 1 Samuel:

1. God can use infertility to do great things if we keep looking to him and keep trusting his will for our lives. In Hannah’s case God gave her a son that would change the course of a nation. (1 Samuel 1) That doesn’t mean that a woman who struggles with infertility will for sure birth a hero or prophet one day but I think there is a reason that every time infertility is mentioned in the Bible it leads to great change.

2. How we raise our children is SO important. Eli’s lack of care in pointing his children towards the Lord and teaching them to honour Him eventually lead to his death. We don’t often see people dying because of careless parenting these days but this is still a great reminder that one of the most important things we can do in our lives, if we have children, is parent our children well and point them towards the Lord. (1 Samuel 2)

3. When God speaks to us we need to pay attention or we might miss it. (1 Samuel 2) if our lives are so busy that we don’t stop and take time to listen we will never hear what he is saying to us and that would be a tragic think to miss.

4. No other “god” can stand before Jehovah. The god of the Philistines fell down on its face and broke into pieces before the Ark. (1 Samuel 5) That is pretty awesome!

5.When God speaks to us we need to pay attention or we might miss it. (1 Samuel 2). God is not a lucky talisman we can pull out when we want to and expect things to go our way. He is GOD, yes he is love and he loves us so much but he is also holy, perfect, righteous and just. We must treat him with the honour and fear and worship he is due along with the love for a father.  (1 Samuel 5)

6. Sometimes we think we know what we want/need and we pray for it and beg for it but if God gives it to us we realize how foolish we were to covet it in the first place. Sometimes when he says “no” we get annoyed but we should realize that he knows our needs so much better than we ever could and sometimes “no” is a blessing. (1 Samuel 8-9)

7. Lame excuses don’t work on God. We can be so good at justifying just about anything for the people around us. We can have them all fooled and even fool ourselves but we can’t fool God even for a second. Offerings mean nothing if we don’t obey God. (1 Samuel 15)

8. God does not judge the way we judge, he doesn’t get fooled by looks or mannerisms or the way we carry ourselves. Samuel was so close to picking the wrong man again to be king but God knew their hearts. He knew the heart of the son who had been rejected by his family, they didn’t see his worth but God did. (1 Samuel 16)

9. If God is for us who can stand against us? Not even a giant man of war can stand against a child who is in the will of God. It sometimes seems like evil forces are winning but God is ALWAYS in control, we need only to trust. (1 Samuel 17)

10. God’s timing is not the same as our timing. David knew for about 15 years that he would be king, he had already been anointed yet had to endure death attempts and life as a fugitive while a terrible king ruled, but he knew that God was in control. His timing is perfect. David didn’t try to rush things by killing the king when he had the perfect chance alone with him in a cave, he honoured him despite knowing that he has already been chosen to replace Saul. He trusted that God would be true to His word in His time. I need this lesson over and over again to remind me not to try to rush God’s plans. (1 Samuel 24 & 26)

There are so many more awesome things in this book, and I look forward to hearing what the Lord is pointing out to Jason in these same pages. I challenge you to do the same and see what He teaches you, it might be similar to me or it might be very different, and that is an awesome thing about God and His Word.

Kristina currently lives in Durham with her family. She is a missionary kid who married another missionary kid and wants to serve the Lord wherever He leads which is in Grey Bruce right now.  She has been an active part of HMC for 3 years. She is a photographer, birth doula, and art enthusiast. You can find her over in her own blog, Unashamed Grace.