&nbspoffice@hanovermissionary.com
October 2, 2014
by contributing writer Heidi Eastman
Church is sometimes too comfortable.  We have cushy seats and we sit with the people we know and like. Even communion is comfortable, with the pretty silver trays filled with pieces of tortilla (with a gluten free option) and tiny thimbles of grape juice.  We partake while listening to beautiful, reflective music and often leave the service without a second thought about the meaning of the ritual we just participated in. 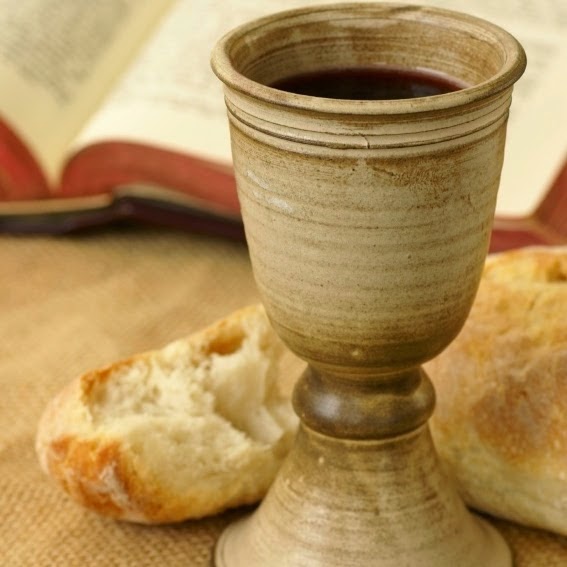 Jesus’ death was messy and dirty and chaotic.  Communion is clean and organized and quiet.  The two are worlds apart. The bread is the body, the wine (or juice) is the blood but how can we connect bread and juice with the brutal death Jesus suffered?

I will never fully understand (nor do I want to) the agony Jesus faced while dying on the cross but occasionally, I try to focus on the brutal reality. The reality that Jesus was beaten violently, forced to carry the instrument that was going to be used to kill him, nailed upon a cross – completely naked, for everyone to mock and spit at –  waiting for death to come.  Every single breath would have been agony as the open cuts from his beating would scrape over the cross.  And if breathing hurt, can you imagine the pain of projecting his voice so people around could hear him?  Yet he chose to seek forgiveness for those crucifying him, to assure a man dying alongside him that he would be with him in heaven, and to make sure his mother was taken care of.  The physical pain would be indescribable, but the emotional pain?  The pain of being killed by those you love unconditionally, because one of your closest friends betrayed you?  That pain is unfathomable!

So the next time the silver tray comes your way, try choosing discomfort.  Next time you take the bread, actually think about Jesus’ body.  Think about what He suffered for you.  When you take the wine, actually think about His blood, poured out willingly and without complaint.  The only reason we have the privilege of partaking in the beautiful tradition of communion is because of the ugly, violent and messy way our Saviour died.

Will you approach this Sunday with a little more thought and reverence? Will you set aside the worries of your week to really focus on what Jesus’ sacrifice means? Will you choose discomfort?

Heidi Eastman lives in Neustadt with her husband, two daughters, and a beast of a dog. She has been an active part of the HMC congregation from the moment she was old enough to contribute.