The Ministry Council is made up of overseers who offer direction and give spiritual oversight to Hanover Missionary Church and its ministries. 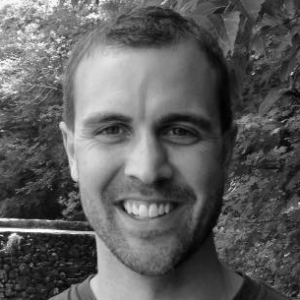 Jason Bechtel
Jason Bechtel first understood his need for a Saviour at the age of five, but it was after a challenging grade 8 year in a new school that Jason recognized the need for Jesus to be his Lord, not just his Saviour. In hindsight, coming to the end of himself the summer before the temptations of grade 9 was critical in establishing the foundations of his walk with the Lord.
After high school, Jason attended Emmanuel Bible College for three years before working for a Christian book publisher.
Jason and Angie were married two weeks after she finished teacher’s college, and they moved to Durham four months later to complete Ethnos Canada’s missionary training program. Jason and Angie accepted an invitation to join the home office team of Ethnos Canada 12 years ago. Currently, Jason is the Communications Director, overseeing the team that shapes what Canadians see from Ethnos Canada through print, websites, social media, email updates, and video.
Jason and Angie and their four children have been attending Hanover Missionary Church since December 2014. In recent years Jason has been helping with preschool and powerpoint on Sunday mornings, helping with the children program on Wednesday evenings, serving on the facilities team, leading a small group in their home each winter, helping plan an annual married couples’ retreat, and has been the moderator for the members’ meetings for the past two years.
Jason enjoys using his gifts of helps, administration and leadership wherever there is a need. He feels he has a good balance of both attention to details and an ability to see the big picture.
Jason’s favourite Psalm is 77. His interests include gardening and dogs. 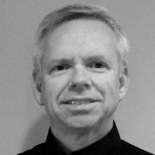 Derek Grundy, Vice-Chair
Derek and Laurie, his wife of 34 years, live in Hanover. He was been a Christian for 35 years and they have been attending HMC for almost 20 years. Derek has been practicing dentistry in Hanover since 1987.

Prior to coming to Hanover, Derek served as an Officer in the Canadian Armed Forces for just shy of 8 years. Derek and Laurie have four married children and eight grandchildren.

Derek enjoys spending time with Laurie and his family (especially his grandchildren), reading, expanding his knowledge of dentistry, reformed theology, walking, travelling, and spending time at their place in Florida.

Kaia Kontrimas
Kaia Kontrimas has been attending Hanover Missionary Church for the last several years. She is a recently retired social worker and the mother of three adult children.
Kaia was born in Welland, Ontario.  She moved to Hamilton to attend McMaster University and stayed there to work at Chedoke-McMaster Hospitals.  She moved to Hanover in 1990, and in 1995 began her work in child protection.
Kaia was raised in a Christian home and attended worship regularly most of her life. She came to HMC when her longing for worship that touched her heart could no longer be denied.  She finds joy in serving in simple ways and is honoured to serve on the church council.

Karen Schmalz Chairperson
Karen has lived in Mildmay for the past 25 years with her husband, Morris, and children, Cody and Jessica. She has been a regular attendee at HMC and recently became a member. She is involved (or has led) several groups, helped in the kitchen and with Sunday morning coffee, and been part of the Facility Team. Karen is the manager at Mildmay Tent Retal and in her spare time likes to golf, travel, read, sing, and crochet.

Charlotte Spitzig, clerk
Charlotte has been attending HMC all of her married life. When she started work at the “new” hospital in Hanover this was the Church in which to worship.

Her mission at the present is caring for an elderly mother and aunties. Her passion is her children and grandchildren. Jeff and Charity have four children and Julie and Alfred have two. Ron and Charlotte live in Hanover and always with one or more furry four-legged companions.

Ken Toman
Ken is married to Karen and has three sons: Nicolas, Jeremy, and Ryan. They are blessed to have two grandchildren as well.

Ken works at Hallman Motors as a detailer and has farmed most of his life. They sold their farm four years ago and purchased seventeen acres of God’s creation and built their dream home. In his free time he can be found maintaining the property, including making wood for hear and exercise, going for walks and observing the birds and wildlife. His goal is to work less, read the newspaper, relax more, travel, and be more involved in the community. 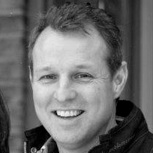 Paul West
Paul lives in Chesley with his wife, Alison. Together they have four daughters: Brooke, Melissa, Ashley, and Brittney. They have been attending HMC for ten years.

Paul’s days are full with running a business but when he finds some time he likes to work in the garden, go for walks with his wife, or snowmobile in the winter.